Tenants: All That Glitters is Not Gold 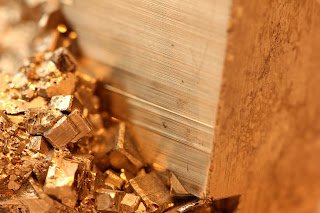 A couple of years ago, a man and his wife applied to rent one of the properties we manage. On paper, they looked very good, being well employed, having a decent debt-to-income ratio and no criminal history. As I always do, if applicable, I called the individual they had listed as their current landlady to inquire as to what kind of tenants they had been.

The lady was well-spoken, professional and very courteous. She confirmed that she was the owner of the property in question and that my prospective tenants had rented it from her at the stated rate. She spoke glowingly of the applicants, saying that they had rented from her for several years, had always paid on time, and had taken excellent care of her property. She declared without hesitation that she would love to have the opportunity to rent to them again in the future, should they ever apply.

As always, when pets are involved, I asked the landlady about how the tenants had done with their pets. She said their dogs had not caused any damage or other problems. She also indicated that these tenants had received a refund of their security deposit.

As a result of all the above, I approved the application, and signed a lease with this promising couple. Very shortly thereafter, I conducted the move-in walk-through with them, and they moved in.

A week or so later, a very nice, elderly gentlemen walked into my office and wanted to discuss our company’s management services for a home he owned and had been renting out on his own. As we discussed his needs, a sort of disaster/horror story unfolded which revolved around his recent eviction of some really bad tenants, who had left owing him several thousand dollars after having allowed their dogs to completely destroy the carpet and pad in his rental home.

He was, as you can imagine, very upset about the treatment it had received from these people, and told of how he was taking them to court to obtain a judgement for the damages and back rent owed. (Interestingly, he did ultimately collect.) He seemed to want to tell me all the “gory” details, and the more he told, the more familiar these details sounded. Finally, I asked if he would mind sharing the tenants’ names. He didn’t mind, and when he told me, I had a very significant “OH NO!” moment. These were the very same people I had just leased the other property to, based on their landlady’s glowing report. Suffice it to say, I was just a tad upset.

I told the old gentleman the cause of my consternation, and he asked the name of the landlady who had said such wonderful things about my new tenants. I told him, and with an unforgettably dead-pan expression on his face, he responded, “That’s her mother,” meaning the mother of my new lady tenant. I had mistakenly thought I’d seen it all. (Dumb thought). This bunch had really pulled the wool over my eyes – something I didn’t think was all that easy to do at that time. The “landlady” had proven herself a bold and accomplished liar.

The same day, I contacted my new tenants and confronted them with their subterfuge. They were stunned that I had discovered their little plot, and really had no idea what to say or do at that point. That was ok, because I wasn’t going to give them a lot of leeway anyhow. In order to avoid immediate eviction for fraudulent behavior, they were given the opportunity to sign an addendum to the lease, removing permission for their dog to remain at the house, and among other things, they would have to agree to monthly walk-through inspections, rather than the quarterly ones I normally do. And, they were subjected to my very best lecture on the “evils of dishonesty.” The upshot of that whole episode, was that they gratefully signed the required addendum and amazingly enough proved to be model tenants for the remainder of their lease. And they turned the property back over to me in excellent condition.

In the end, I believe the outcome was a win for my clients, the owners of the house that the deceivers had leased from me, because their cash flow was uninterrupted and the condition of the property was preserved. It was a win for Far West Realty, because we had not only protected the property and interests of this client, but had also gained a new client (the elderly gentleman whose property and interests had not been protected, that we now manage and protect). And, it was a win for the deceivers, because they had been caught, had received and taken advantage of an opportunity to change their behavior (at least as regards being good tenants), and had actually succeeded in that effort – at least while they rented from me.

Anyway, there are probably several morals to this story, but the one I want to emphasize today, is for property owners that are managing their own properties, especially if doing it remotely from another city or state. It is this: In addition to the need to be extraordinarily cautious about performing a thorough screening of prospective tenants, and diligent about regularly monitoring their treatment of your property, you can take nothing for granted. Using the words of some wise old soul from days gone by, to describe some prospective tenants —

“All that glitters is not gold.”

If you need a place to rent or an expert team to manage your property in Prescott, contact Far West Property Managementat 928-772-9400.